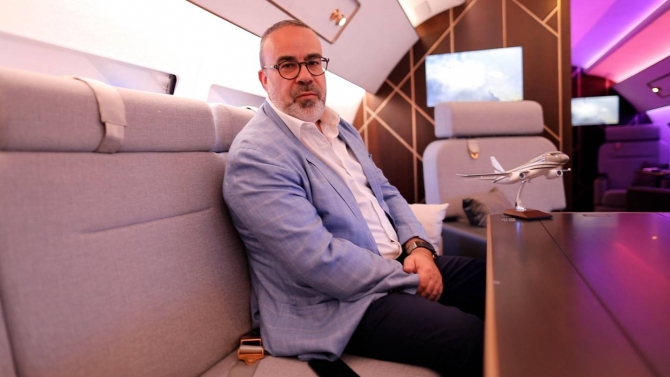 Private air travel looks set to soar into a new era as the wealthy take to the skies in executive jets for increased privacy and less exposure to others during an ongoing pandemic.

Business aviation is forecast to thrive in the next decade, with four to five per cent growth, according to a Honeywell Global Business Aviation report, and $235 billion worth of new executive jet deliveries expected before 2030.

"The business jet market is booming, with Covid one of the big drivers of that boost." Evgeny Andrachnikov, Irkut Corporation

That potential market was clear to see at Dubai Airshow, where some of the latest luxury aircraft were on display.

From the $50 million Aurus business jet, which can be configured into a flying hotel, hospital or sports team transporter, to a share in a $6m HondaJet APMG aircraft, there was something on show for a wide range of budgets.

“We have had really high interest from high-profile visitors to the show,” said Evgeny Andrachnikov, deputy general director of VIP and corporate jets at the Irkut Corporation, which sells the Russian-made Aurus business jet.

“The business jet market is booming, with Covid one of the big drivers of that boost.

“There are about 680 new jets sold annually across the world. In Russia, there are a lot of owners of business jets.” 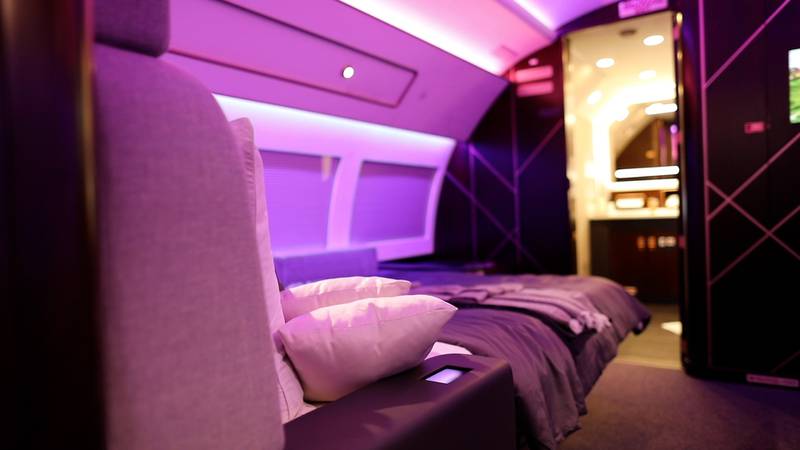 The manufacturers of Aurus claim it is an “economically attractive aircraft” when considering fuel consumption.

“The biggest takeaway for us has been a long list of serious interest from buyers that we can take back to Russia.

“Our competitors are backed up with orders and they have a completion time in Europe and the US of at least 24 months,” Mr Andrachnikov said

“Our working arrangements are much more flexible and we are capable of delivering this size of aircraft within nine to 12 months. That is what makes us different.”

Adaptable luxury, at a price

The rising popularity in private jets has been reflected in the number of flights in and out of the UAE.

In May, the Mohammed bin Rashid Aerospace Hub reported an increase of 336 per cent in the movement of private and business aircraft, compared to the same period of 2020.

At a cool $75 million, one of the most popular private jets on the market is the Bombardier Global 7500.

Billed as “the industry flagship”, it is the world’s largest and longest range, purpose-built business jet capable of travelling more than 14,000 kilometres. 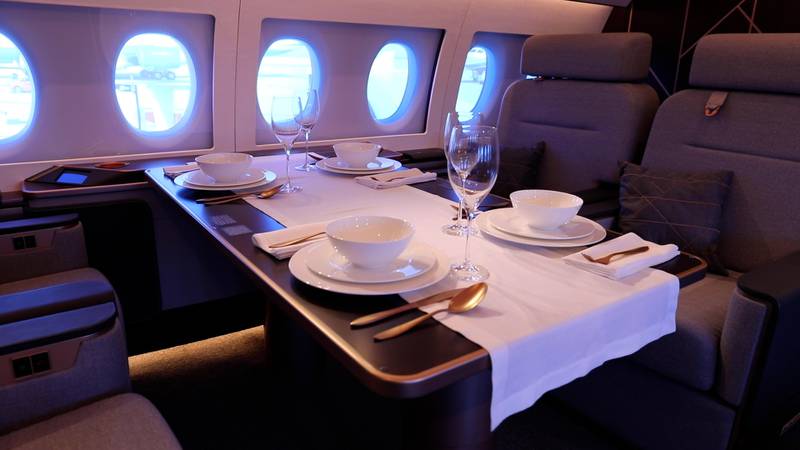 A cheaper alternative to buying outright is shared ownership, which has the added benefit of offering the convenience of private air travel, with less of the environmental impact.

JetClub is a hybrid, co-ownership programme, set to launch in the UAE and GCC after a high-profile staging at the Dubai Airshow.

Clients can purchase a share in a private plane, and in return get to use a jet for a certain number of days a year.

“You can buy a fraction of the jets from an eighth, quarter or half – depending on your level of investment,” said Hugo Gaden, charter sales manager for JetClub.

“There is an acquisition fee and a management fee, and it works out a lot cheaper than other options on the private business jet market.”

An eighth share of the aircraft will give 35 days of flying time, with a 1,000 nautical mile range if carrying two passengers, and shorter distance if there are more passengers on board.

There is a five-year contract, after which owners recover 40 per cent of their investment.

Acquisition fees start at around $600,000 for an eighth share in a HondaJet APMG which has capacity for five passengers.

“We have an aircraft based in Paris and we are flying five or six times a day. Around 90 per cent of our flights are chartered, as we are still selling shares in the aircraft,” said Mr Gaden.