MEBAA Show will play an important role in restoring confidence, driving collaboration and creating new opportunities for the sector 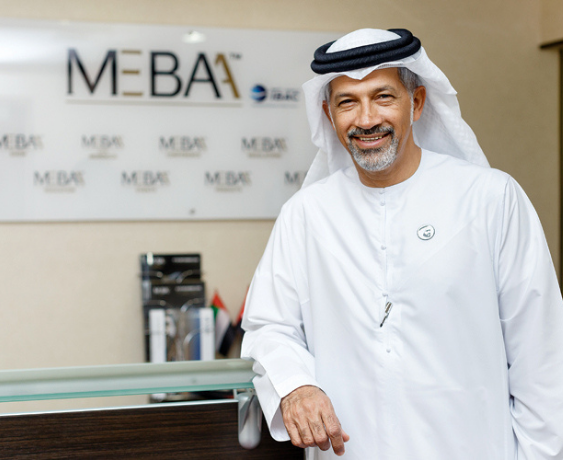 It has been almost two years since the pandemic took the world on a ride like never before. The effects that the virus had on the aviation industry are well established. There is no region that did not face the aftermath. While the aviation industry is on its journey back, business aviation has had an interesting curve. Even while dealing with the harsh blows, there have been optimistic signs of recovery in certain regions. Apart from the United States (US) and Europe, the Middle East has come through as a major resilient region when it comes to business aviation.

Ali Alnaqbi, who is the founder of Middle East Business Aviation Association (MEBAA) as well as the chair of the governing board of International Business Aviation Council (IBAC) also highlighted business aviation’s swifter recovery. The nature of business and private aviation that incorporates social distancing and privacy quite organically allowed easier resumption of operations, he noted. The region has hence fared well with early data even suggesting its return to prepandemic levels.

Earlier this year, Alnaqbi had expressed concerns about the industry’s growth. With regards to business aviation flights, he had underlined airspace closure as a major problem. He noted that movements were idled in Saudi Arabia and that several European countries were barring access or changing rules on a frequent basis. He had also stated the survival strategy of many Bizav operators, including ground handlers, FBOs and flight support companies who were directing more and more attention to cargo operations because even with the closure of airspace, cargo aircraft were in continuous operation.

“All recent indications suggest that the business aviation sector will make a strong recovery next year and the MEBAA Show will play an important role in restoring confidence, driving collaboration and creating new opportunities for the sector.”  Ali Alnaqbi, Founder of MEBAA

However contrary to the concerns, things have been on the upper side lately for the region. According to WingX Advance’s data in August this year, there were mixed trends in recovery in the largest markets for business jets. Even though international traffic remained almost standstill, the Middle East, specifically the United Arab Emirates (UAE) remained very resilient for business jet travel, especially Dubai. By the end of September, the UAE had seen tremendous growth in activity, going up 70 per cent on 2019, WingX noted. Ultra Long Range departures from the UAE were up 24 per cent this year, while heavy Jet sectors were up over 150 per cent, Legacy 600/650 emerging as the most prolific. The Middle East continued seeing a lot of growth through October starting as well, noting 23 per cent more business jet sectors than two years ago, with the UAE breaking historical records in both domestic and international traffic.

Ending October, some markets also saw gains in charter and fractional operator flights including the Middle East that had gains of better than 20 per cent week-over-week, according to private jet card comparisons. UAE also made to the list of countries that showed the strongest growth in the last week of October compared to 2019 are with Brazil, India, Colombia, Nigeria and Egypt.

“The Middle East region’s role as a global connecting hub continues to be important for developing markets to and from Southeast Asia, China and Africa. The region has been a leader in restoring confident passenger travel through multi-faceted initiatives that aid international travel recovery,” said Randy Heisey, Boeing managing director of Commercial Marketing for the Middle East. 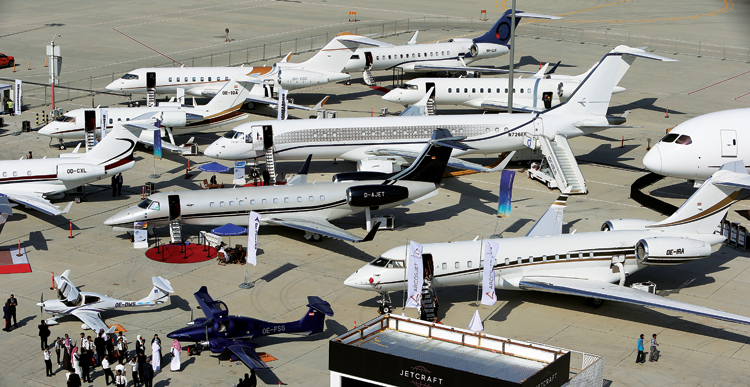 MEBAA Show, scheduled to take place from December 6-8, 2022 will be a further addition on this upswing in Middle East business aviation.

Dubai surely stood out, with Dubai International Airport seeing 77 per cent increase in flights compared to November 2019, Al Maktoum Airport recording over 200 per cent growth; year to date, Al Maktoum outbound business jet traffic being 135 per cent up compared to 2019. Emirates Group came back strongly with 81 per cent gain in H1-21 revenues to Dh24.7 billion.

And all this is when the Middle Eastern BizAv industry is not even very large. Though, it certainly promises expansion in the times ahead. According to Aviation Week’s 2022 Business Aviation Fleet & MRO Forecast, globally the Middle East region accounts for a small proportion of the business-aviation fleet. The Forecast includes the Middle East in its Asia-Pacific figure that comes to a total of just 3 per cent of anticipated aircraft deliveries over the next decade. At present there are about 379 aircraft active in the region and a detailed forecast of the region’s bizav fleet by age expects about 60 additions over the next decade. Beyond BizAv, according to Boeing’s 2021 Commercial Market Outlook (CMO) forecast, the Middle East region is positioned to capitalise on the recovery of regional and international travel and cargo demand. Boeing forecasts 3,000 new aircraft deliveries to Middle East airlines over the next 20 years. Middle East passenger traffic and the region’s commercial fleet are projected to more than double over the 20-year forecast period, according to the CMO.

The usual concern of avoiding the crowd to stay away from the virus has certainly helped Middle East as much as it helped other regions across the world when it comes to business aviation. This has made way for many first time bizav travelers. In addition to that, the unavailability of some of the routes on scheduled airlines due to restrictions has also nudged travelers towards private aviation with the complementary benefits of saving time, efforts and ensuring safety. Dubai especially gained traction by these. Along with this, Dubai’s pandemic policy of timely vaccinations and early removal of travel restrictions also helped the city to revive, attracting many tourists from across the world. The lifting of restrictions also allowed many international events to take place in Dubai. Apart from the glorious Dubai Airshow, other large scale international conferences like International Astronautical Congress (IAC), events like Indian Premier League (IPL) Dubai Airshow, Expo 2020 also added to the footfall.

Amid this, the MEBAA Show scheduled to take place from December 6-8, 2022 seems to be a further addition on this uprising journey. The show aims to bring together thousands of regional and global business aviation professionals to support the community in propelling towards post-pandemic recovery and achieving business priorities.

“All recent indications suggest that the business aviation sector will make a strong recovery next year and the MEBAA Show will play an important role in restoring confidence, driving collaboration and creating new opportunities for the sector,” said Alnaqbi. There has been a less than one per cent decline in five-year purchase plans, so despite the short-term effects of the pandemic, he believes that the industry will show tremendous resilience and the ability to go from strength to strength in coming years.“The MEBAA Show, the Middle East’s leading business aviation platform, will showcase the latest technologies, insights and business opportunities shaping the future of business aviation in the Middle East and across the globe,” added Alnaqbi.

ACJ President Benoit Defforge commented: “We expect the business jet market to grow and we have invested in new technology to meet the demand and delight our customers. We look forward to attending the MEBAA Show which will be an important event next year that will help bring industry organisations together to witness the latest developments in our sector and support the continuing recovery and growth of the business aviation segment.”