Wealthy flyers are escaping the summer's travel chaos by chartering private jets – even as rising fuel costs push prices over $10,000 an hour 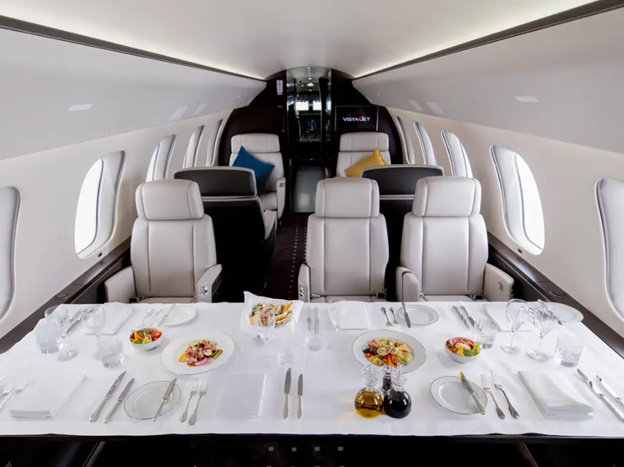 "I had one guy tell me that for the last three weeks, one of the airlines had cancelled his flights to Aspen," Doug Gollan, founder of Private Jet Card Comparisons, told Insider. "He's like, 'the price of private jets has gone up, but I can afford it. I'm gonna pay it. I want to get out to my house and to Aspen for the weekend.'"

Nearly 34,000 flight requests were submitted through the private jet charter app Jettly in July, compared to a monthly average of around 25,000 requested flights, according to data shared with Insider.

The private aviation sector first experienced a surge in demand during the pandemic and saw a second wave after COVID-19 vaccines were released. Now, the industry is seeing yet another bump as staffing shortages and infrastructure challenges cause airlines to cancel thousands of flights around the world, Justin Crabbe, the app's CEO, said.

"The summer has never been busier," Crabbe told Insider, noting that more than half of travelers on the app are flying private for the first time.

"In today's context of regular delays and cancellations across all commercial airlines, there is a keen emphasis on reliability," a spokesperson for NetJets, a private jet fractional ownership company, said, adding that they've seen an "incredible increase" in flight requests this year.

Hourly rates for private jet rentals typically start at $3,000 an hour and can go up to over $10,000, depending on the size of the aircraft. Rising fuel costs have bumped up flight prices by 20% year-to-year, Blade CEO Rob Wiesenthal told Insider.

"This is definitely the summer of Europe ... everybody who hasn't gone to Europe in the past few years has gone this year."
Blade CEO Rob Wiesenthal

VistaJet, which owns and operates the world's largest Bombardier private jet fleet, said there is "huge" private jet demand in Europe this summer.

"The demand has been at an all-time high since the beginning of the year and has just built and built. The volume levels that we experienced from March through May were the levels that we normally expect for June through August," Andy Christie, ACS's Group Private Jet Director, told Insider.

"Much of this has been primarily for leisure travel, which is consistent with the lack of commercial services and issues with infrastructure seen across major UK airports and mainland Europe," he said.

According to Jettly, 63% of travelers who booked a flight on the app between May and July were traveling for leisure travelers, while the other 37% flew for business.

"I've had people who are saying for business, they just can't use the airlines because they have important locations or important clients that they have to go out and see," Gollan, the founder of Private Jet Card Comparisons, said. "After you cancel three meetings, the clients are like, you got to figure a way, we need you to get out here."